In this lesson, you’re expected to:
– understand the trade-offs faced between performance objectives
– learn about the efficient frontier
– see how focused operations can deal with trade-offs
Trade-offs in Operations
As it often happens in our personal lives, it is virtually impossible to excel in every performance objective, such that organizations must face trade-offs.
Trade-Off between Performance Objectives

• We know that it is virtually impossible to excel in every aspect of our lives. The same applies to operations objectives. 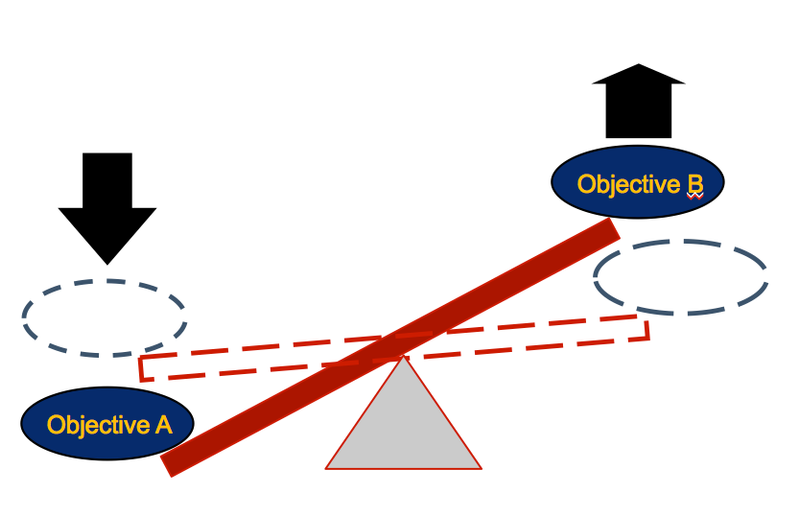 As an example, take a look at this trade-off summary by Harvard Business School Professor, Wickham Skinner:

”Most managers will readily admit that there are compromises or trade-offs to be made in designing an airplane or truck. In the case of an airplane, trade-offs would involve matters such as cruising speed, take-off and landing distances, initial cost, maintenance, fuel consumption, passenger comfort and cargo or passenger capacity. For instance, no one today can design a 500-passenger plane that can land on an aircraft carrier and also break the sound barrier. Much of the same thing is true in [operations]” 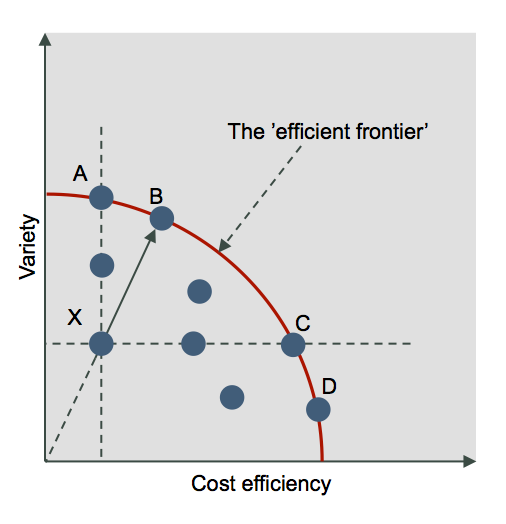 The New ‘Efficient Frontier’
However, efficient frontiers can be expanded by process and technology improvements, as seen in the figure below. 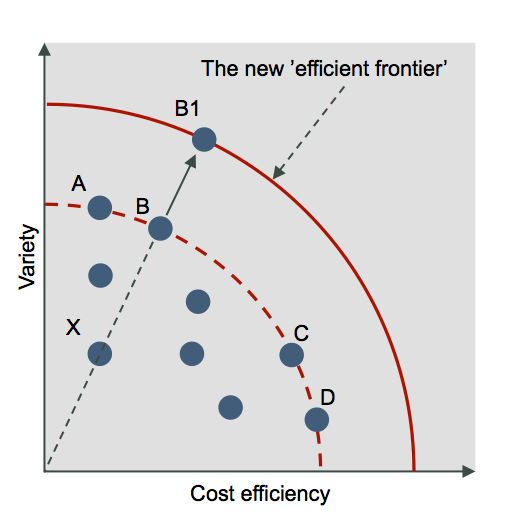 This is followed by structuring policies and support services so that they focus on one explicit task rather than on a variety of inconsistent or conflicting tasks.

The idea of “focus” is similar to that of “marketing segmentation” used by marketing managers. Thus, “focus” can be regarded as “operations segmentation”. 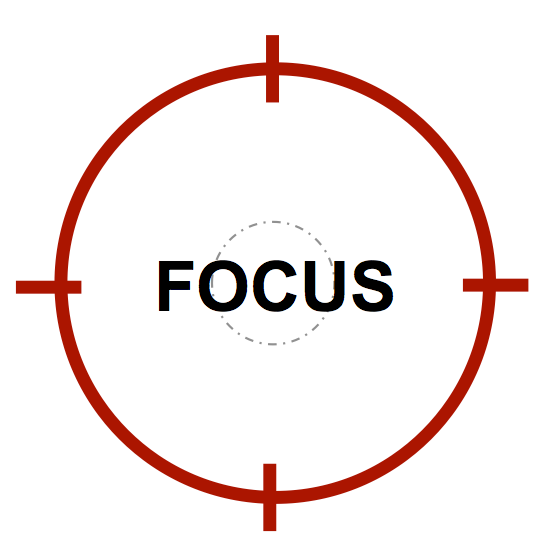 • The idea of focus implies that an operation serving different markets, with different competitive strategies, should be an “operation-within-an-operation”.

• An operations focusing decision sometimes implies the need of setting up completely new operations if further products / services are added to the current mix.

• However, setting up new operations is not always feasible, necessary or desirable and the concept of “operation-within-an-operation” (or “plant-within-a-plant” or “shop-within-a-shop”) is a practical response that allows an organization to obtain the benefits of focus, without the expense of setting up independent operations.

• An “operation-within-an-operation” is basically an organization partition that is loosely coupled with other similar partitions, integrated by the senior management.