In this lesson, you’re expected to learn about:
– global expansion and profitability
– how to leverage products and competencies
– location economies and subsidiary skills

Now our focus shifts from the environment to the firm itself and, in particular, to the actions managers can take to compete more effectively as an international business.

This lesson looks at how firms can increase their profitability by expanding their operations in foreign markets. We’ll also discuss the different strategies that firms pursue when competing internationally, consider the pros and cons of these strategies, and study the various factors that affect a firm’s choice of strategy.

Before we discuss the strategies that managers in the multinational enterprise can pursue, we need to review some basic principles of strategy.

A firm’s strategy can be defined as the actions that managers take to attain the goals of the firm. For most firms, the preeminent goal is to maximize the value of the firm for its owners, its shareholders (subject to the very important constraint that this is done in a legal, ethical, and socially responsible manner).

To maximize the value of a firm, managers must pursue strategies that increase the profitability of the enterprise and its rate of profit growth over time (see figure below). 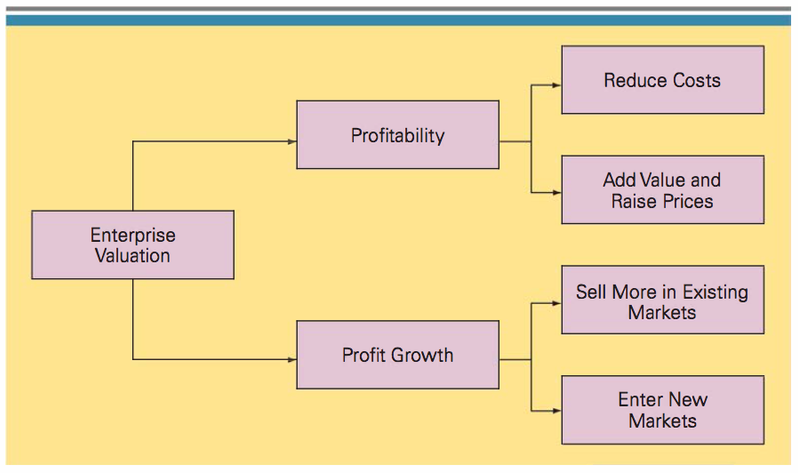 Profitability can be measured in a number of ways, but for consistency, we shall define it as the rate of return that the firm makes on its invested capital (ROIC), which is calculated by dividing the net profits of  the firm by total invested capital.

Profit growth is measured by the percentage increase in net profits over time. In general, higher profitability and a higher rate of profit growth will increase the value of an enterprise and thus the returns garnered by its owners, the shareholders.

As we shall see, expanding internationally can help managers boost the firm’s profitability and increase the rate of profit growth over time.

The way to increase the profitability of a firm is to create more value. The amount of value a firm creates is measured by the difference between its costs of production and the value that consumers perceive in its products.

In general, the more value customers place on a firm’s products, the higher the price the firm can charge for those products. However, the price a firm charges for a good or service is typically less than the value placed on that good or service by the customer. This is because the customer captures some of that value in the form of what economists call a consumer surplus.

Expanding globally allows firms to increase their profitability and rate of profit growth in ways not available to purely domestic enterprises. Firms that operate internationally are able to:

1) Expand the market for their domestic product offerings by selling those products in international markets.

2) Realize location economies by dispersing individual value creation activities to those locations around the globe where they can be performed most efficiently and effectively.

4) Earn a greater return by leveraging any valuable skills developed in foreign operations and transferring them to other entities within the firm’s global network of operations.

As we will see, however, a firm’s ability to increase its profitability and profit growth by pursuing these strategies is constrained by the need to customize its product offering, marketing strategy, and business strategy to differing national conditions, that is, by the imperative of localization.

[Optional] International Business Strategy: A Journey Of Its Own

A company can increase its growth rate by taking goods or services developed at home and selling them internationally. Almost all multinationals started out doing just this.

For example, Procter & Gamble developed most of its best-selling products such as Pampers disposable diapers and Ivory soap in the United States, and subsequently then sold them around the world.

Likewise, although Microsoft developed its software in the United States, from its earliest days the company has always focused on selling that software in international markets.

Automobile companies such as Volkswagen and Toyota also grew by developing products at home and then selling them in international markets. The returns from such a strategy are likely to be greater if indigenous competitors in the nations a company enters lack comparable products.

Thus, Toyota increased its profits by entering the large automobile markets of North America and Europe, offering products that were different from those offered by local rivals (Ford and GM) by their superior quality and reliability. 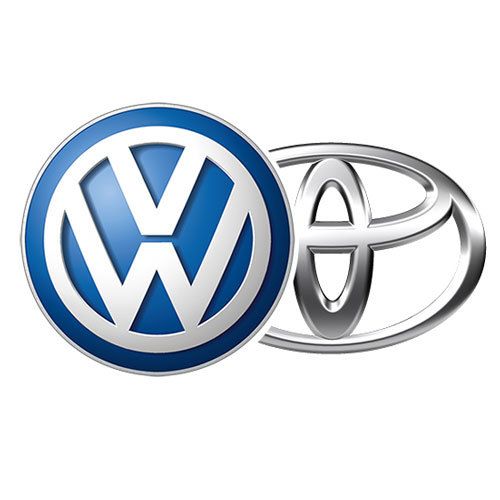 The success of many multinational companies that expand in this manner is based not just upon the goods or services that they sell in foreign nations, but also upon the core competencies that underlie the development, production, and marketing of those goods or services.

The term core competence refers to skills within the firm that competitors cannot easily match or imitate. These skills may exist in any of the firm’s value creation activities – production, marketing, R&D, human resources, logistics, general management, and so on.

Such skills are typically expressed in product offerings that other firms find difficult to match or imitate. Core competencies are the bedrock of a firm’s competitive advantage. They enable a firm to reduce the costs of value creation and/or to create perceived value in such a way that premium pricing is possible. For example, Toyota has a core competence in the production of cars. It is able to produce high-quality, well-designed cars at a lower delivered cost than any other firm in the world. The competencies that enable Toyota to do this seem to reside primarily in the firm’s production and logistics functions.

The same can be said of companies engaged in the service sectors of an economy, such as financial institutions, retailers, restaurant chains, and hotels. Expanding the market for their services often means replicating their business model in foreign nations (albeit with some changes to account for local differences, which we will discuss in more detail shortly).

Starbucks, for example, expanded rapidly outside of the United States by taking the basic business model it developed at home and using that as a blueprint for establishing international operations.

Similarly, McDonald’s is famous for its international expansion strategy, which has taken the company into more than 120 nations that collectively generate over half of the company’s revenues.

We know that countries differ along a range of dimensions, including the economic, political, legal, and cultural, and that these differences can either raise or lower the costs of doing business in a country. The theory of international trade also teaches that due to differences in factor costs, certain countries have a comparative advantage in the production of certain products.

For a firm that is trying to survive in a competitive global market, this implies that trade barriers and transportation costs permitting, the firm will benefit by basing each value creation activity it performs at that location where economic, political, and cultural conditions, including relative factor costs, are most conducive to the performance of that activity.

Firms that pursue such a strategy can realize what we refer to as location economies, which are the economies that arise from performing a value creation activity in the optimal location for that activity, wherever in the world that might be (transportation costs and trade barriers permitting).

Locating a value creation activity in the optimal location for that activity can have one of two effects.

It can lower the costs of value creation and help the firm to achieve a low-cost position, and/or it can enable a firm to differentiate its product offering from those of competitors.

Implicit to our earlier discussion of core competencies is the idea that valuable skills are developed first at home and then transferred to foreign operations. However, for more mature multinationals that have already established a network of subsidiary operations in foreign markets, the development of valuable skills can just as well occur in foreign subsidiaries.

Skills can be created anywhere within a multinational’s global network of operations, wherever people have the opportunity and incentive to try new ways of doing things. The creation of skills that help to lower the costs of production, or to enhance perceived value and support higher product pricing, is not the monopoly of the corporate center. Leveraging the skills created within subsidiaries and applying them to other operations within the firm’s global network may create value.

For the managers of the multinational enterprise, this phenomenon creates important new challenges:

1) They must have the humility to recognize that valuable skills that lead to competencies can arise anywhere within the firm’s global network, not just at the corporate center.

2) They must establish an incentive system that encourages local employees to acquire new skills. However, not all new skills add value. For every valuable idea created by a subsidiary in a foreign country, there may be several failures. The management of the multinational must provide incentives that encourage employees to take the necessary risks.

3) Managers must have a process for identifying when valuable new skills have been created in a subsidiary.

4) They need to act as facilitators, helping to transfer valuable skills within the firm.

We have seen how firms that expand globally can increase their profitability and profit growth by entering new markets where indigenous competitors lack similar competencies, by lowering costs and adding value to their product offering through the attainment of location economies, and by transferring valuable skills between their global network of subsidiaries.

[Optional] 11 Challenges of International Business in 2017