In this lesson, you’re expected to learn:
– the difference between capitalism and socialism
– the required conditions for economic growth to occur
– how economic policy affects growth

Capitalism is an economic system in which investment in and ownership of the means of production, distribution, and exchange of wealth is made and maintained chiefly by private individuals or corporations.

It is a social system based on the principle of individual rights. Politically, it is the system of laissez-faire (freedom). Legally it is a system of objective laws (rule of law as opposed to rule of man). Economically, when such freedom is applied to the sphere of production, its result is the free-market.

Laissez Faire One of the guiding principles of capitalism, this doctrine claims that an economic system should be free from government intervention or moderation, and be driven only by the market forces.

It is centered on the belief that human beings are naturally motivated by self-interest and, when they are not interfered-with in their economic activities, a balanced system of production and exchange based on mutual benefit emerges (Adam Smith’s invisible hand).

Competitive markets often deliver improvements in allocative, productive and dynamic efficiency. But there are occasions when they fail – providing a case for intervention.

We’ll explore the need for government intervention in more detail in the next lesson.
Laissez-faire (which means “let it be”) economics originated in 18th century France when economists became hostile to subsidies and discriminatory economic measures of then prevalent mercantilism.

They believed in a bountiful nature and innate goodness of humankind, and asserted that governments should leave the individual alone except when social liberties are infringed.

Socialism In socialism, the government takes a much more active role in the economy. Although individuals are allowed private property, the state may own firms in key industries and regulate even more economic decisions than in capitalism.

For example, in France, it is not uncommon for the government to take a major stake in French companies, if not outright own them. The French labor market is also quite heavily regulated.

More often than not, socialist countries manage the prices of many goods and services. The European Union (EU) manages prices on things like pharmaceuticals and cellphone service. Also, socialist countries are more active in taxing in order to redistribute income from workers to non-workers.

Marx envisioned an economy where the problem of scarcity was addressed through the complete redistribution of wealth and income, from the owners of land and capital to the workers.

In his utopian vision, social justice, economic equality, and relief from scarcity would be achieved when society was organized in such a way that all were equal regardless of their level of productivity.

Capitalism vs. Socialism The difference between socialism and capitalism lies in the degree of government influence and state ownership of the factors of production.

Countries that are capitalist rely on market prices for efficient product allocation, promote the private ownership of economic resources, and leave most economic decisions to individuals.

They do, however, permit the government to:
– regulate markets
– preserve competition
– subsidize and tax firms
– enforce private contracts
– redistribute income from workers to non-workers

[Optional] What is Capitalism?
Read this article to learn more:
http://www.worldsocialism.org/english/what-capitalism
Economic Growth
For an economist, economic growth is described simply as an increase in the Gross Domestic Product (GDP).

Economic growth occurs when there is a sustained increase in a nation’s real GDP per person over time.

What is GDP?
Gross domestic product is the best way to measure a country’s economy. It includes everything produced by all the people and companies that are in a country (i.e. final goods and services).

[Optional] What is GDP and why is it so important to economists and investors?
Read this article to learn more:
http://www.investopedia.com/ask/answers/199.asp
Economic growth reveals itself in both positive and negative ways.

It creates benefits for society and leads to increases in living standards, nutrition, healthcare, longevity, and material abundance.

On the other hand, this growth can also result in environmental destruction and increased income inequality.

But others are less apparent. Let’s take a look at some of these conditions.

The most important element in economic growth is human capital. Human capital consists of the education, skills, and abilities pos­sessed by an individual.

Countries that invest heavily in human capital tend to have more economic growth than similarly endowed countries that do not.

Individual freedom and the ability to acquire private property are also essential elements in developing human capital. When individuals are free to choose their vocation and enjoy the benefits of private property, their productivity is higher.

For economies to develop and grow, it is important that the population grows as well. Population growth must also occur alongside productivity growth.

Once capital is deployed, it must be maintained. Capital needs adequate infrastructure to realize its potential.

Roads, waterways, rail systems, and reliable utility systems make capital easier to access and greatly improve the chances that it will be used effectively. 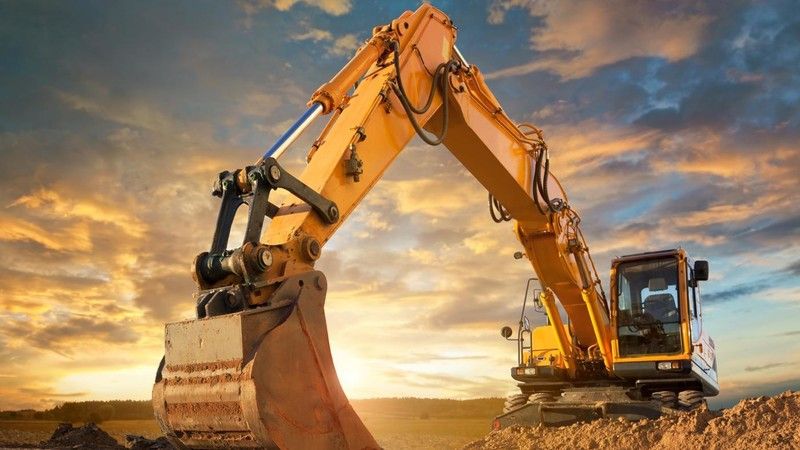 3) Research & Development Creativity and innovation are necessary for economic growth to continue.

Western and Japanese firms spend far more on research and development than do firms in the developing world. Thus, if developing countries want to continue growing, they must find ways to encourage innovation.

4) Rule of Law Another condition for growth is the rule of law. Government officials should obey the law and should also apply the law uniformly and fairly.

One reason that capital investment is lacking in the develop­ing world stems from the fact that corrupt governments are far more likely to seize private property in the name of national interests.

How Economic Policy Affects Growth
Other than the conditions mentioned above, the following factors also determine a country’s economic gowth:

Tax policies that affect consumption and saving decisions influence economic growth by way of their impact on interest rates and work incentives.

To avoid uncertainty, the central bank must maintain a firm hold on actual and expected inflation. However, during a recession, if the central bank keeps interest rates too low for too long, future inflation is more likely.


Changes in tax policy affect businesses and are likely to also impact the rate of economic growth.

Increasing the tax burden on firms reduces their ability and incentive to invest in capital. Increasing the capital gains tax on financial investors reduces the flow of savings firms use to make real investments in physical capital. Businesses faced with too high a tax burden may choose to produce elsewhere.

Thus, placing taxes on business, although politically popular, is a recipe for reduced growth.

Effect on Individuals
Taxes on personal income affect work incentives and can thus also influence the rate of growth.

If tax rates are too high, the productive worker will either reduce productivity or move to where productivity is not taxed as highly. This results in a situation know as brain drain (the emigration of educated or talented individuals).

Europe has suffered a brain drain as its best and brightest (most highly taxed) move to countries with lower tax rates.