In this lesson, you’re expected to learn:
– the basics of the Six Sigma concept
– how to measure the performance of operations using this approach

History of Six Sigma • Six Sigma is a quality approach that was first popularized by Motorola.

• When the company set its quality objective to ‘total customer satisfaction’ in 1980, it started to explore what the slogan would mean to its operations process.

• Motorola decided that true customer satisfaction would be achieved only when its products were delivered when promised, with no defects, no early-life failures and when the product did not fail excessively in service. 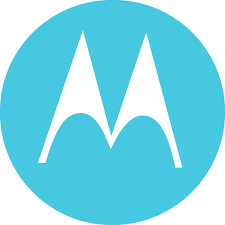 • The company, however, soon realized that many problems were caused by latent defects, hidden within the design of its products, which could eventually lead to failure in the field.

• Motorola realized that the only way to eliminate these defects was to make sure that design specifications were tight (i.e. narrow tolerances) and its processes were very capable.

The Concept of Six Sigma Motorola’s Six Sigma quality concept was so named because it required that the natural variation of processes (±3 standard deviations) should be half their specification range.

To be within ±6 the standard deviation of the process means achieving 99.99966% conformance to specifications or in other words, 3.4 defects per million opportunities. Thus, six sigma aims at obtaining virtually zero defects.

[Optional] What is Six Sigma?

• Defect unit or item: any unit of output that contains a defect.

• Defect opportunity: the number of different ways a unit of output can fail to meet customer requirements.

• Proportion defective: the fraction of units that have one or more defects.

• Process yield: the fraction of total units produced by a process that are defect-free.

• Defects per opportunity: the proportion of defects divided by the total number of defect opportunities.

• The Sigma measurement: derived from the DPMO, it is the number of standard deviations of the process variability that will fit within the customer specification limits.

Some elements within the broad Six Sigma concept as it is practiced by consultants and operations managers include: