In this lesson, you’re expected to learn:
– the requirements for something to be patentable
– how to disclose an invention and obtain a patent
– claim scope and patent infringement

According to WIPO*, “a patent is an exclusive right granted for an invention, which is a product or a process that provides, in general, a new way of doing something, or offers a new technical solution to a problem.”

In simple terms, a patent may be thought of as a monopoly right to the use of the invention. 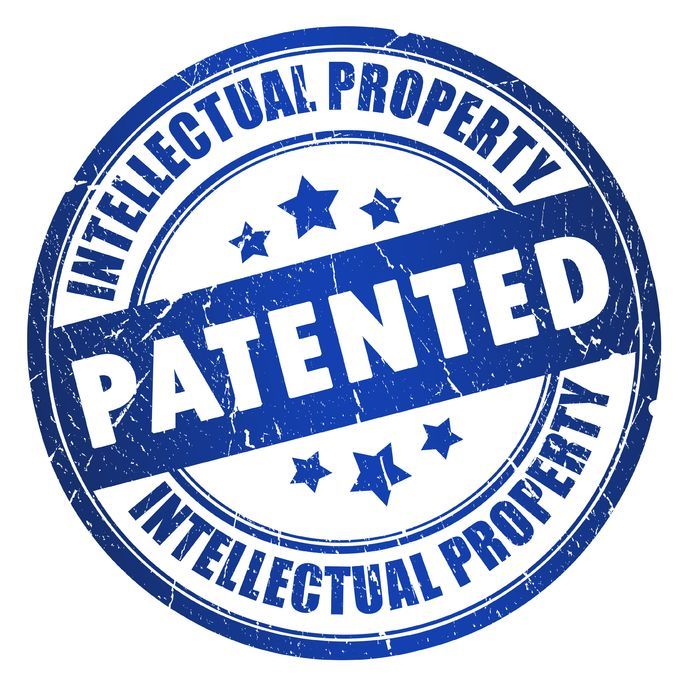 What is Patentable?
Requirements for a Patent Patent protection is not given to all inventions. Basically, patents are concerned with how things work, what they do, how they do it, what they are made of or how they are made. It can be for incremental improvements in known technology and does not have to be complex.

The requirements of a patent are:

1) Novelty It has to be new, and different from everything that has come before. At least one significant part of its technology must be completely novel however not all of the technology of an invention needs to be novel.

NOTE: An invention shall be considered new if it does not form part of the “state of the art” (meaning prior art). In the European Patent Convention (EPC), “[the] state of the art shall be held to comprise everything made available to the public by means of a written or oral description, by use, or in any other way, before the date of filing of the European patent application”.

The concept of state of the art is constituted by all information that has been made available to the public in any form before a given date that might be relevant to a patent’s claims of originality. If an invention has been described in the prior art, a patent on that invention is not granted.

However, if someone finds a way to improve a prior invention, a patent can be granted and its scope is limited to the improvement (i.e. what was outside the public domain or prior art).

The way to find out if an idea is novel is by conducting a “state of the art search”.

2) Non-Obviousness It not only has to be different to what came before, but it must involve an inventive step. It has to be a real product of creative or research activity – i.e. it must involve real innovative activity.

This requirement avoids granting patents for inventions which only follow from “normal product design and development”.

3) Utility It has to be capable of industrial application and thus useful for society.
Image Source: intellectualpats.com 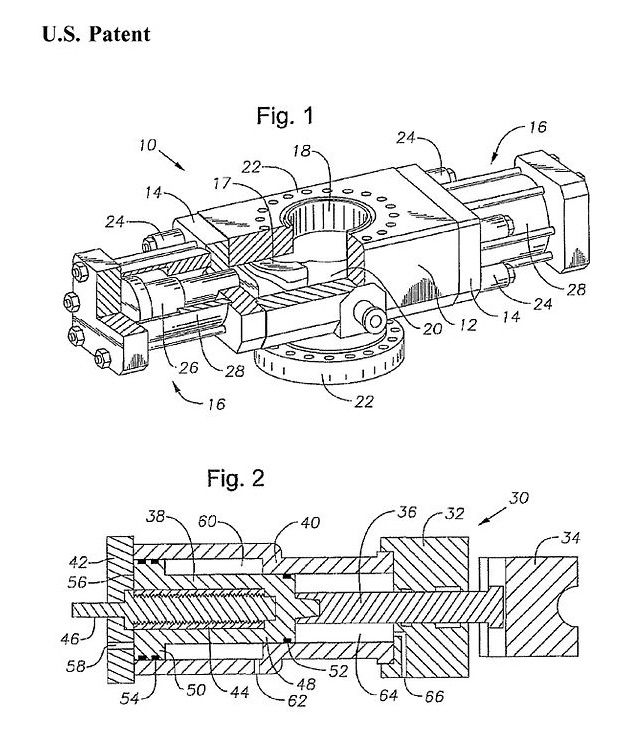 1) Ideas are not protected! Because of the “novelty” requirement, inventors need to know who can be trusted with the invention. Prior to any disclosure (i.e. to a friend or even to IP lawyers), it is highly recommended to sign a confidentiality agreement. This is because a patent is granted to the first one who files its application.

2) While applying for a patent, the inventor is required to disclose exactly what the invention is, which will normally be published even if it is not granted, potentially destroying competitive advantage. Before the application, the key point to consider is the relevance of keeping the invention confidential.

3) In some countries, any public disclosure of an idea prior to filing an application for a patent will prevent the issuance of a patent – it will become a “state of art” (prior art). This public exposure can be a publication about the invention anywhere in the world, including on the internet.

Obtaining a Patent and its Consequences The inventor files an application with the Patent Office, which will evaluate if the invention meets the patent requirements. If granted, a patent gives an inventor the exclusive right for a limited period of time to stop others from making, using or selling the invention without his/her permission.

After the expiration of this period, it passes into the public domain and can be used without restrictions.

In most countries, both natural persons and corporate entities may apply for a patent. Usually it is the inventor who applies for it but he/she can transfer his/her rights over the invention by specific agreement, such as by assignment.

For example, the employer may be entitled to ownership of the invention when the employee inventor was hired specifically to undertake research & development.

As previously mentioned, the patent will be granted to the first person who files its application and technical information about the invention will be disclosed. In return for the disclosure of the invention, when the patent is granted, the inventor is given a monopoly in the use of it.

[Optional] How to Search for Patents
Watch this 7-minute video to learn more: https://www.youtube.com/watch?v=vr5aMjUTVOc
The Patent Cooperation Treaty (PCT) and its International Protection The protection given by a patent is usually territorial, meaning it is limited to the country in which it was granted. However, the PCT – under the aegis of WIPO – made it possible to obtain patent protection in more than one country through a single “international” application instead of filing several separate national or regional patent applications. 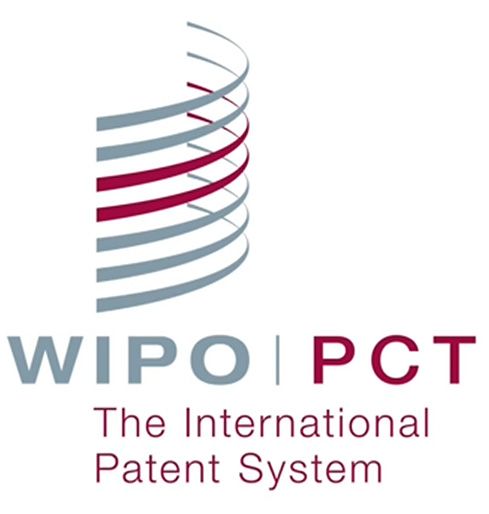 How long does a patent last? The protection is granted for a limited period, generally 20 years from the filing date of the application. However, periodic fees are required to maintain the enforceability of the patent.

The longevity of the patent suggests its critical relevance to the economic concerns of the government.

Claim Scope & Infringement Generally, drafting a patent application is a time-consuming, complex and expensive process, and the application contains detailed technical information about the features of the claimed invention.

A claim specifies in words the boundary of your invention. It defines, in technical terms, to what extent the protection is sought in a patent application. 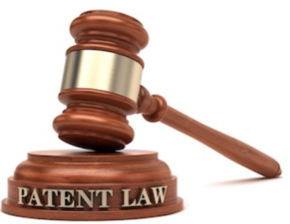 A patent infringement only occurs when a third party, without authorization from the patentee, makes, uses, or sells, offers to sell, or imports a product covered by the “claim” of a patent. It means others have entered a prohibited space defined by one of the claims in your patent.

Under the territoriality principle, infringement is only possible in a country where a patent is in force.

In 1880, Thomas Edison received U.S. Patent No. 223898, which was simply titled “Electric Lamp”. More than a decade later, the inventors accused him of infringing their patent. On reviewing the patent in question, however, the court found that the patent’s description was so vague and uncertain that the public couldn’t tell, except by independent experiments, how to construct the patented device, and thus found Edison’s patent invalid. 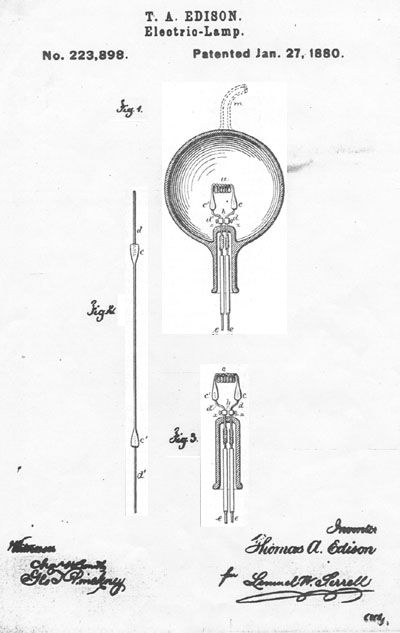 2) The Amazon Patent Case In 1999, Amazon was granted a patent for 1-Click Checkout that allows customers to make an online purchase in a single click. Only a month after Amazon’s patent was issued in the US, Barnes & Noble offered a similar checkout option called “Express Lane”. Amazon filed a lawsuit against Barnes & Noble. The lawsuit was settled in 2002; however, the terms were not disclosed.