In this lesson, you’re expected to understand how a network can be used to represent a business problem and effectively solve it.

Sometimes the value of our data is not in the observations itself, but hidden in the links among these observations. Network science or graph theory are tools that enable us to analyze our data with a focus on the relations among the data rather than on the individual records. 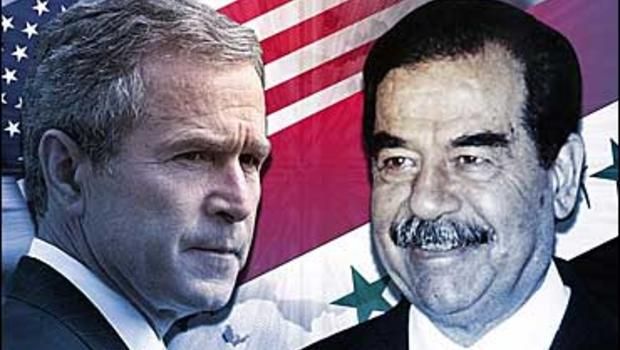 On 19 March 2003, the American forces started the invasion of Iraq. They found little military resistance and quickly took control of the country. However, Saddam Hussein and many of his officials initially escaped and avoided being captured.

In order to capture Saddam and the regime’s high-ranking officials, the coalition forces designed a deck of cards, where each card corresponded to one of the most wanted officials.

The strategy initially worked, as by the end of May, over 25 officials were captured or under custody. Yet the whereabouts of Hussein (the ace of spades) remained unknown.

The intelligence officials thought that Hussein’s high-ranking officials would know where he was hiding. However, with the capture of his trusted personal secretary, it became obvious that this was not the case. Hence, relying on the regime’s lines of power was of little help to find Hussein’s whereabouts.
Instead, they used common sense and intuition and came to the decision to use network theory to solve the problem.
Col. James Hickey, in charge of a series of raids known as Operation Desert Scorpion, decided they had to find out the relationships between everyone who was killed or captured.One of the officers in charge of this task, Brian Reed, had some knowledge on social networks. Thus, he reconstructed the social network surrounding Saddam Hussein by linking people according to gossip and family trees rather than government documents.

Using these network diagrams to guide the raids provided instant results as they found millions of dollars, weaponry and Saddam’s family photo album. Yet the most valuable among the three was the photo album that provided faces of those that the dictator and his family really trusted. This information helped to significantly improve the network diagrams of Saddam’s social network, pointing to two key men, Rahman Ibrahim and Mohammed Ibrahim.

These two individuals were Saddam’s second-level bodyguards, serving as his driver, cook, or mechanic. Rahman was of little help as he died from a heart attack a few hours after being captured. However, Mohammad revealed the hideout of Hussein. 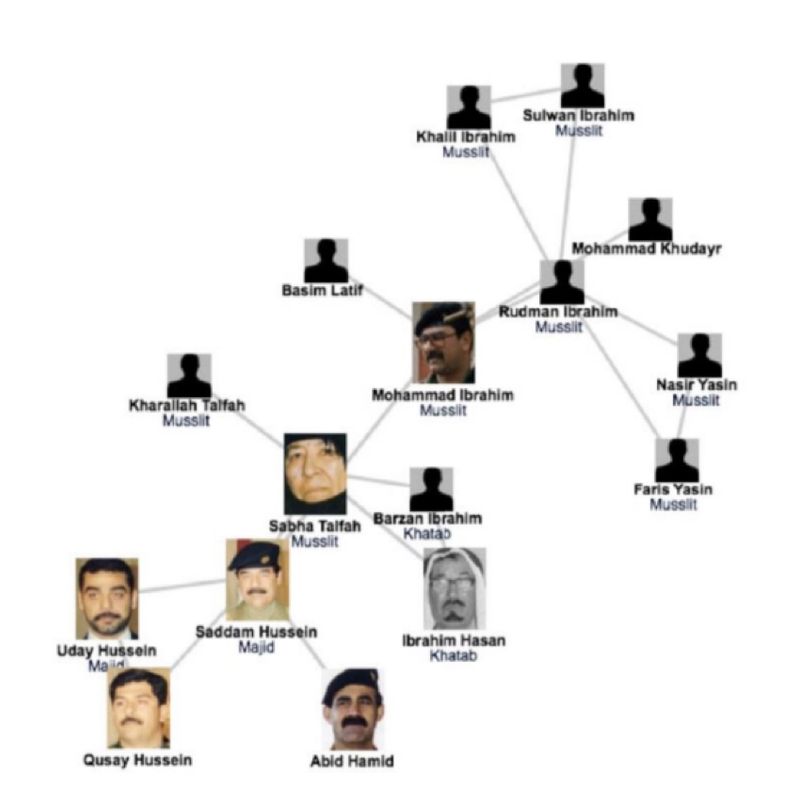 The way in which the military forces captured Saddam Hussein was mainly based on intuition and guesswork, rather than on real network science. However, the story illustrates the power and simplicity of network science and many concepts related to the discipline that we will discuss in the latter part of this lesson.

What can we learn from this story?

The first issue that this story reflects is the predictive power of networks. Even non-experts in the field such as soldiers were capable of interpreting the maps of Saddam’s social network to spot the key individuals that revealed the dictator’s whereabouts. It also shows the stability of networks, it was the pre-invasion social ties that led to finding him.

Moreover, it also illustrates the importance of choosing the right network abstraction of the system under study. The military forces initially built a map according to military or governmental relationship that was of little help to find the dictator. In contrast, using social relationships to build the diagram was much more helpful.

A network is an abstraction of a system in which we represent its elements as nodes and the interactions between them as links. Network theory offers a common language to analyze a wide variety of systems that largely differ in their nature but that share many global properties.

These systems include cell-phone calls, the power grid, or protein interactions among many others. Thus, it is very important for business, as it can be used for viral marketing, or to detect fraud.

The links of a network can be directed or undirected, depending on the system and the nature of the interaction they represent.

For example, links accounting for phone calls, where one person calls the other, are directed pointing to the person who receives the call.

On the other hand, links that represent romantic relationships are undirected.

Choosing the right representation for the problem we want to solve will determine our probability of success.

Let’s consider that the system under study is our country and its population.

By connecting individuals who regularly interact with each other in the context of work, we will obtain the professional network of the country.

Alternatively, if we link individuals that have an intimate relationship, we obtain the sexual network.

Sometimes the value of our data is not in the observations itself, but hidden in the links among these observations.

For example, if we individually analyze bank customers we may not find a fraudulent or anomalous activity. But maybe if we analyze the network of customers, we may find an instance of fraud.