In this case study, you’ll learn about the different strategies that Coca-Cola used to expand its business outside the US and establish itself as one of the most well-known brands in the world.

This Case Study is based on The Strategy of International Business, which we covered at the beginning of this week.

Take a few minutes to read the case study below. This should take roughly 10 minutes. Then, answer the questions that follow.

Coca-Cola, the iconic American soda maker, has long been among the most international of enterprises. The company made its first move outside the United States in 1902, when it entered Cuba. By 1929, Coke was marketed in 76 countries. In World War II, Coca-Cola struck a deal to supply the U.S. military with Coca-Cola wherever in the world it went.

During this era, the company built 63 bottling plants around the world. Its global push continued after the war, fueled in part by the belief that the U.S. market would eventually reach maturity and by the perception that huge growth opportunities lay overseas.

Until the 1980s, Coca-Cola’s strategy was one of considerable localization. Local operations were granted a high degree of independence to manage their own operations. This all changed in the 1980s and 1990s under the leadership of Roberto Goizueta, a talented Cuban immigrant who became the CEO in 1981.

Goizueta placed renewed emphasis on the company’s flagship brands, which were extended with the introduction of Diet Coke, Cherry Coke, and the like. His prime belief was that the main difference between the United States and international markets was the lower level of penetration in the latter, where consumption per capita of colas was only 10-15% of the U.S. figure.

Goizueta pushed Coca-Cola to become a global company, centralizing a great deal of management and marketing activities at the corporate headquarters in Atlanta, focusing on core brands, and taking equity stakes in foreign bottlers so that the company could exert more strategic control over them. This one-size-fits­-all strategy was built around standardization and the realization of economies of scale by, for example, using the same advertising message worldwide.

Goizueta’s global strategy was adopted by his successor, Douglas Ivester, but by the late 1990s the drive toward a one-size-fits-all strategy was running out of steam, as smaller more nimble local competitors marketing local beverages began to halt the Coke growth engine. With Coca-Cola failing to hit its financial targets for the first time in a generation, Ivester resigned in 2000 and was replaced by Douglas Daft.

Daft instituted a 180-degree shift in strategy. Daft’s belief was that Coca­-Cola needed to put more power back in the hands of local country managers. He thought that strategy, product development, and marketing should be tailored to local needs. He laid off 6,000 employees, many of them in Atlanta, and granted country managers much greater autonomy. In a striking move for a marketing company, he announced the company would stop making global advertisements, and he placed advertising budgets and control over creative content back in the hands of country managers.

Ivester’s move was in part influenced by the experience of Coca-Cola in Japan, the company’s second most profitable market, where the best-selling Coca-Cola product is not a carbonated beverage, but a canned cold coffee drink, Georgia, that is sold in vending machines. The Japanese experience seemed to signal that products should be customized to local tastes and preferences, and that Coca-Cola would do well to decentralize more decision-making authority to local managers.

However, the shift toward localization didn’t produce the growth that had been expected, and by 2002 the pendulum was swinging back toward more central coordination, with Atlanta exercising oversight over marketing and product development in different nations. But this time it was not the one-size-fits-all ethos of the Goizueta era.

Under the leadership of Neville Isdell, who became CEO in March 2004 and retired in July 2008, Coca-Cola reviewed and guided local marketing and product development but adopted the belief that strategy, including pricing, product offerings, and marketing message, should be varied from market to market to match local conditions. Isdell’s position represented a midpoint between the strategy of Goizueta and that of Daft.

Moreover, Isdell stressed the importance of leveraging good ideas across nations. An example is Georgia coffee. Having seen the success of this beverage in Japan, in October 2007, Coca-Cola entered into a strategic alliance with Illycaffe, one of Italy’s premier coffee makers, to build a global franchise for canned or bottled cold coffee beverages.

Similarly, in 2003 the Coca-Cola subsidiary in China developed a low-cost, non-carbonated orange-based drink that rapidly became one of the best­-selling drinks in that nation. Seeing the potential of the drink, Coca-Cola rolled it out in other Asian countries. It has been a huge hit in Thailand, where it was launched in 2005, and also gained traction in India, where it was launched in 2007.

Coca-Cola at a Glance 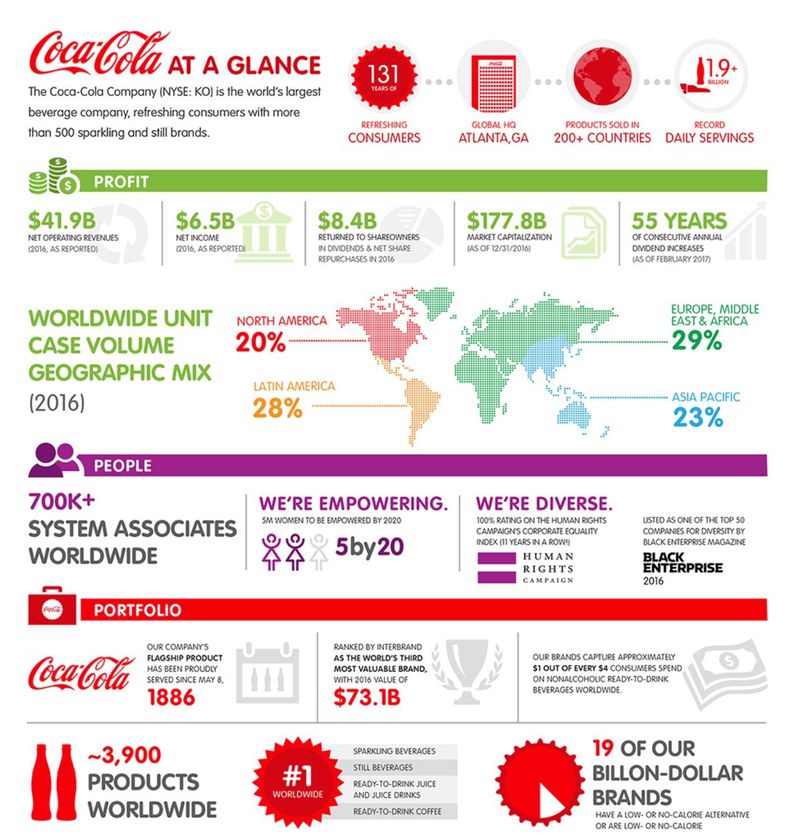 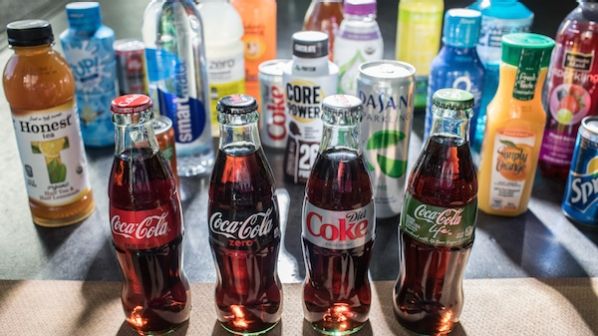