In this lesson, you’re expected to:
– learn the basic technology involved in storing and processing Big Data
– understand what Hadoop is

• They are not designed to store and process extremely large volumes of data – they’re not optimized to handle petabytes of data.

The problem of data storage

Fortunately, the relation between size and cost has not increased. The size of storage has rapidly increased over the last years, but the price of the disks has also decreased significantly. Hence, the cost of storing data is not a big issue.

The speed of disks has also increased over recent years. However, network transfer speed has not increased proportionally.

The amount of data a company had to store in 2004 was approximately 200 GB, and increased up to 3 TB in 2012. This means that storage capacity has multiplied by 10.

So the increase in capacity has been a lot larger than the increase in transfer rate. Hence, in 2004 we could read the full data in one hour while in 2012, we needed up to 4 hours.

We cannot process or analyze data until the data has been read. Though the transfer rate is now faster than it was 10 years ago, access to the full data set is significantly slower, as we have lots more data. In order to read 3 TB of data, we need 4 hours.

Hence, the transfer rate is the current bottleneck.

To combat the limitations faced by a traditional relational database, there are other alternatives to managing and analyzing data.

One of these solutions is Hadoop – an open source software framework specifically built to handle large volumes of structured and semi-structured data.

When a single computer is not able to solve the task, instead of using a bigger computer, it’s a better idea to use multiple machines for the job.

There is a great quote from Grace Hopper, who is considered a pioneer of modern day computer science:

“In pioneer days they used oxen for heavy pulling, and when one ox couldn’t budge a log, they didn’t try to grow a larger ox. We shouldn’t be trying for bigger computers, but for more systems of computers.”

This is what has been done. However, the task is not easy as it involves a significant amount of programming complexity since we need to keep data and processing in synchronization.

Moreover, there are other problems:
• finite bandwidth
• the amount of data that can be pushed through a pipeline is limited.

And what happens when one of these machines goes down? A partial failure of the system should proportionally affect processing total power.

How did Traditional Systems overcome these limitations?

A strategy to overcome this problem was to process the streams of incoming data filtering and aggregating it, so that we just stored relevant data for the business in the data warehouse and the remaining data (unprocessed raw data and significantly larger in size) was recorded on tapes. This approach has several limitations, as we have to rely on our previous knowledge to decide which data we will store and have access to in order to make decisions.

So what if an analyst wants to analyze the logs of the web to explore whether users navigating through different browsers exhibit different buying habits? Well if this was not planned in advance and that piece of information of the logs was not processed and stored in the databases, we will not be able to conduct this analysis. 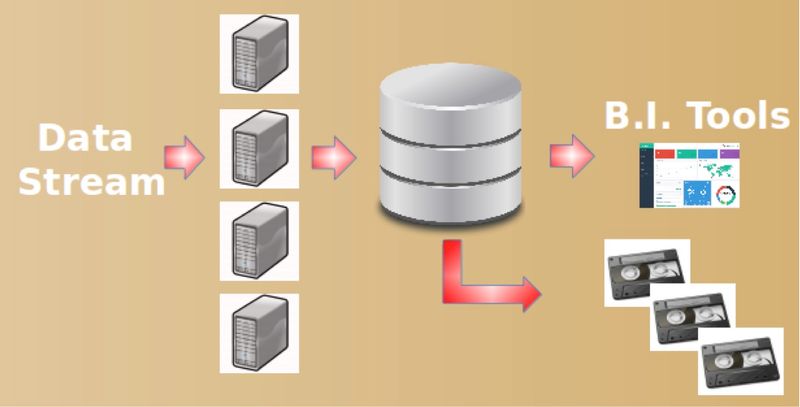 What is Hadoop?
The Hadoop Approach

Hadoop is a ”software framework” for distributed storage, processing and analysis of big data sets using the MapReduce programming model. It is:• Scalable
• Fault-tolerant
• Open Source

On Hadoop, data is stored and distributed in the cluster. The main advantage is that data will be processed where it is stored. Hence, data does not need to be transferred through the network.

When a new file is ingested* on Hadoop, this file is divided into pieces and each piece is stored on a different node** of the cluster. Hence, when processing this file, each node will process a different chunk, and no node will have to read the entire file.

* Data ingestion is the process of obtaining and importing data for immediate use or storage in a database.

** Node: A node is a point of intersection/connection within a network.

So if the mean time of failure of a disk is approximately three years and we have a single node, we will not have to worry too much about it being fault-tolerant as a failure will rarely happen and it can be fixed when it occurs.

Now suppose I have a 100 machine cluster with 10 hard drives per computer. Thus, I have 1000 disks. In this case, you can expect a disk failure per day.

An ideal distributed system should have the following properties:

The communication between nodes is minimum. If you have more data, you can add extra nodes to the cluster. If an extra node is added, at the same time, the storage capacity and processing power must be increased.

One of the main advantages for businesses is that you can start with a small cluster, and if you need to process more data, can increase the size of the cluster instead of having to buy a new one. With traditional systems, when the machine could not deal with the data, a new one needed to be bought.

2) It is inexpensive
Hadoop can be implemented with standard hardware. You do not need very expensive machines.3) MapReduce
We can process distributed data using the MapReduce paradigm. This makes it easier for programmers who just need to focus on solving business problems and not distributing the code.

[Optional] Hadoop – What is it and why does it matter? 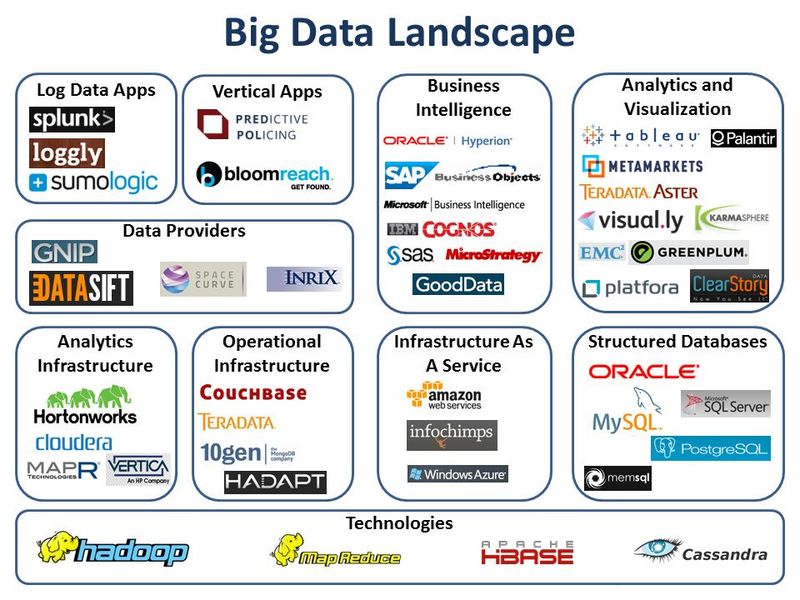