In this lesson, you’ll learn about the role that human psychology plays in consumer decision making and it affects sales.

What is Behavioral Economics?

Why do you pay $5 for a Starbucks coffee when there is equally good (or better) coffee available next door for a lower price?

In an ideal world, our decisions would be the result of a careful weighing of costs and benefits and informed by existing preferences. We would always make optimal decisions. However, this is not the case.

Behavioral economics proves that human beings base their decision on emotions, rely on intuitions and take mental shortcuts which does not always lead to the optimal choice.

According to one of the fathers of behavioral economics, Daniel Kahneman, humans are ruled by two systems:

Enlarged version of the image: http://bit.ly/2kpXamT

How to Use Behavioral Economics in Sales

By using certain tactics, we can leave a better impression on our prospects. People see the sales representative using the behavioral economics version of selling as slower, more relaxed, enthusiastic, and helpful. As opposed to the old way where the sales rep is perceived as too intense, business-like and focused only on selling.

According to Gallup, companies that apply the principles of behavioral economics, outperform their peers by 85% in sales growth and more than 25% in gross margin.

Behavioral economics tactics invoke more feelings in prospects and make a better impression on prospects.  They give a 29% lift to a sales presentation. In other words, the client is more likely to buy when these tactics are used.
* LIMRA Study: Improving Sales Presentations, Using Choice Architecture to Influence Buying Decisions.
[Optional] A marketer’s guide to behavioral economics
Here’s a great article by McKinsey on this subject from a marketing point of view:
http://www.mckinsey.com/business-functions/marketing-and-sales/our-insights/a-marketers-guide-to-behavioral-economics
Choice Architecture Choice Architecture refers to the practice of influencing choice by changing the manner in which options are presented to people.

For example, this can be done by setting defaults, framing, or adding decoy options.

• Narrow construal of choice (e.g. Purchase decisions are considered in isolation and not as a whole “how to spend my budget” decision.

Framing Choices can be worded in a way that highlight the positive or negative aspects of the same decision, leading to changes in their relative attractiveness.

Framing a question or offering it a different way often generates a new response by changing the comparison set it is viewed in.

Small details matter because when making important decisions, people may give greater weight than they should to information that has fairly limited, if any, relevance. In other words, they adopt a narrow frame of reference.

Different types of framing approaches have been identified, including:

– Goal framing (e.g. motivating people by offering a $5 reward vs imposing a $5 penalty)

Loss Aversion It is thought that the pain of losing is psychologically about twice as powerful as the pleasure of gaining, and since people are more willing to take risks to avoid a loss, loss aversion can explain differences in risk-seeking versus aversion.

Loss aversion has been used to explain the endowment effect and sunk cost fallacy, and it may also play a role in the status quo bias.

Endowment Effect This bias occurs when we overvalue a good that we own, regardless of its objective market value.*

It is evident when people become relatively reluctant to part with a good they own for its cash equivalent, or if the amount that people are willing to pay for the good is lower than what they are willing to accept when selling the good.

Put more simply, people place a greater value on things once they have established ownership, which is especially true for goods that wouldn’t normally be bought or sold on the market, usually items with symbolic, experiential, or emotional significance. 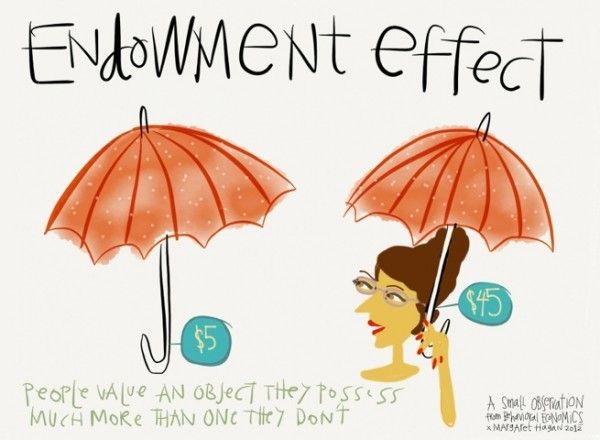 [Optional] It’s mine, I tell you

Read this article by The Economist to learn more about the Endowment Effect:
http://www.economist.com/node/11579107
[Optional] It’s mine, I tell you

Read this article by The Economist to learn more about the Endowment Effect:
http://www.economist.com/node/11579107
Don’t offer more; offer less.

A la carte offerings are the new standard across almost all industries. The result? Consumers are flooded with a mind-boggling array of choices. Although consumers have been conditioned to think “more options is better,” that’s not necessarily the case.

Studies have repeatedly shown that too many choices can result in analysis paralysis—customers frozen into indecision. Customers want to feel like they’re in control … but only to a certain point. Your best bet? Offer exactly three choices. You’re the expert; use your knowledge to present your client with three good choices, rather than trying to dazzle them with everything you can do. Buck the trend, and you’ll win.

[Optional] The Paradox of Choice: Why More Is Less
Find the book by Barry Schwartz here: https://www.amazon.com/Paradox-Choice-Why-More-Less/dp/149151423X 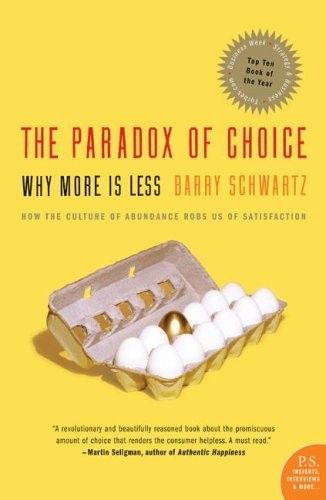 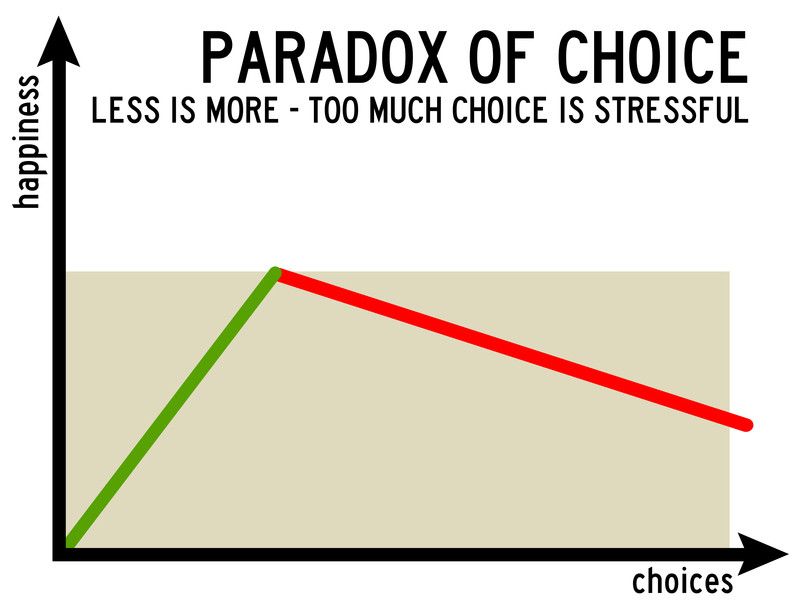 Give prospects an easy out.

We’re all so used to high-pressure sales techniques that we’re positively refreshed when that pressure doesn’t materialize. If you make your pitch, try ending it by telling the prospect that you understand if they think your product isn’t a fit for them. Evidence shows that your close rate stays about the same, but here’s the really powerful part:

Your clients’ confidence increases, and you eliminate buyer’s remorse. If they make the decision based on their preference, rather than because of undue pressure, then they’re happy with their choice.

Another tactic is using Heuristics – experience-based techniques that help in problem solving, learning and discovery. A heuristic is a rule of thumb, an educated guess, an intuitive judgment or simply common sense.

Common sense rules of thumb help people not only make decisions, but also make them feel good about their decisions.

For example, if Sony decides to place televisions near Samsung’s showroom, promising better benefits, so that they can attract the potential buyers of Sony televisions, then that would be cognitive dissonance. They are fighting with your emotions to convince you to think a particular way. 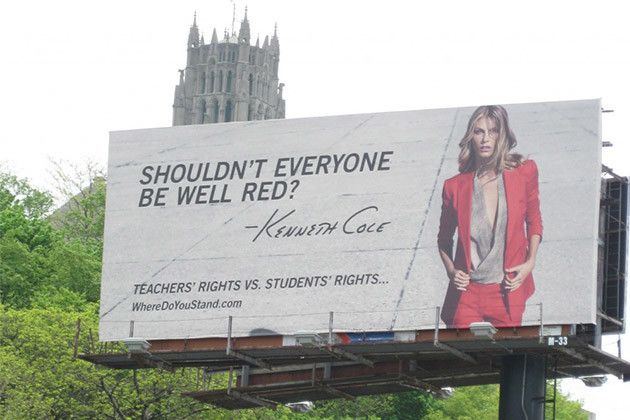 “Bet you can’t eat just one!” This Lay’s slogan was not just an advertising success—it also revealed a deeper behavioral economic insight.

Nudging is the notion that the way choices are presented can help the individual make the right decision. Nudges are simple of nature and are apparent in everyday life, for example in the add-on products pre-selected at airlines. These companies know that once a default option is selected, consumers are unlikely to change it.

Are you more likely to admire a $5 bottle of wine, if you were told you that it costs $45? Research says you are. Members of the Stanford Wine Club were invited to taste 5 bottles of wine and rate them based on their liking. Only, there were actually only 3 different wines in those bottles– two wines had two bottles each. Each bottle was marked only with the price tag and nothing else.

Some of the same wines were marked at significantly different prices. For example, the $5 wine and the $45 wine were actually the same, the true cost being $5. There was a clear correlation between the rating of the wine and the price tag — more expensive wines got systematically higher ratings. So the $45 bottle of wine got a significantly higher rating than the $5 bottle, although they were the exact same wine!

Changing a Word Can Make a HUGE Difference

When it comes to selling to tightwads, it seems that you should “sweat” the small stuff: it could have a huge impact. In a study from Carnegie Mellon University, researchers tested the difference that a single word might play in response rates. In this case, they tested the copy used to describe the fee associated with joining an otherwise free DVD trial offer. The two versions they tested were:

Seems somewhat silly, right? As it turns out, the impact was deadly serious: by using the second option (“a small $5 fee”), the researchers saw response rates improve by 20%! That’s a monumental improvement as a result of a single added word.

Try playing with the language on your e-commerce website and track the results. Sometimes the smallest change will help you convince those on the edge into making a purchase. 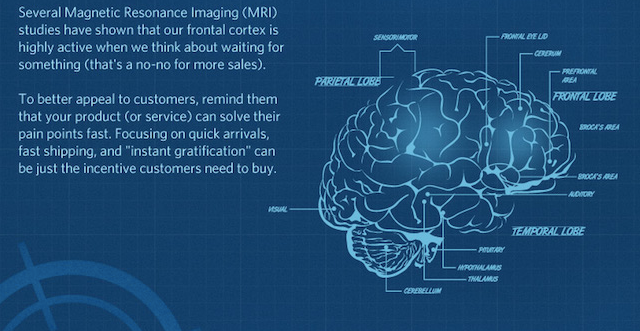